Increasing the uptake of Healthy Start in Aberdeen

Uptake of Healthy Start across Grampian and City of Aberdeen is lower than the Scottish average. Ahead of the transition to the new Best Start scheme, the NHS Grampian Health Improvement team is collaborating with partners across the NHS, local authority and third sector to increase uptake. 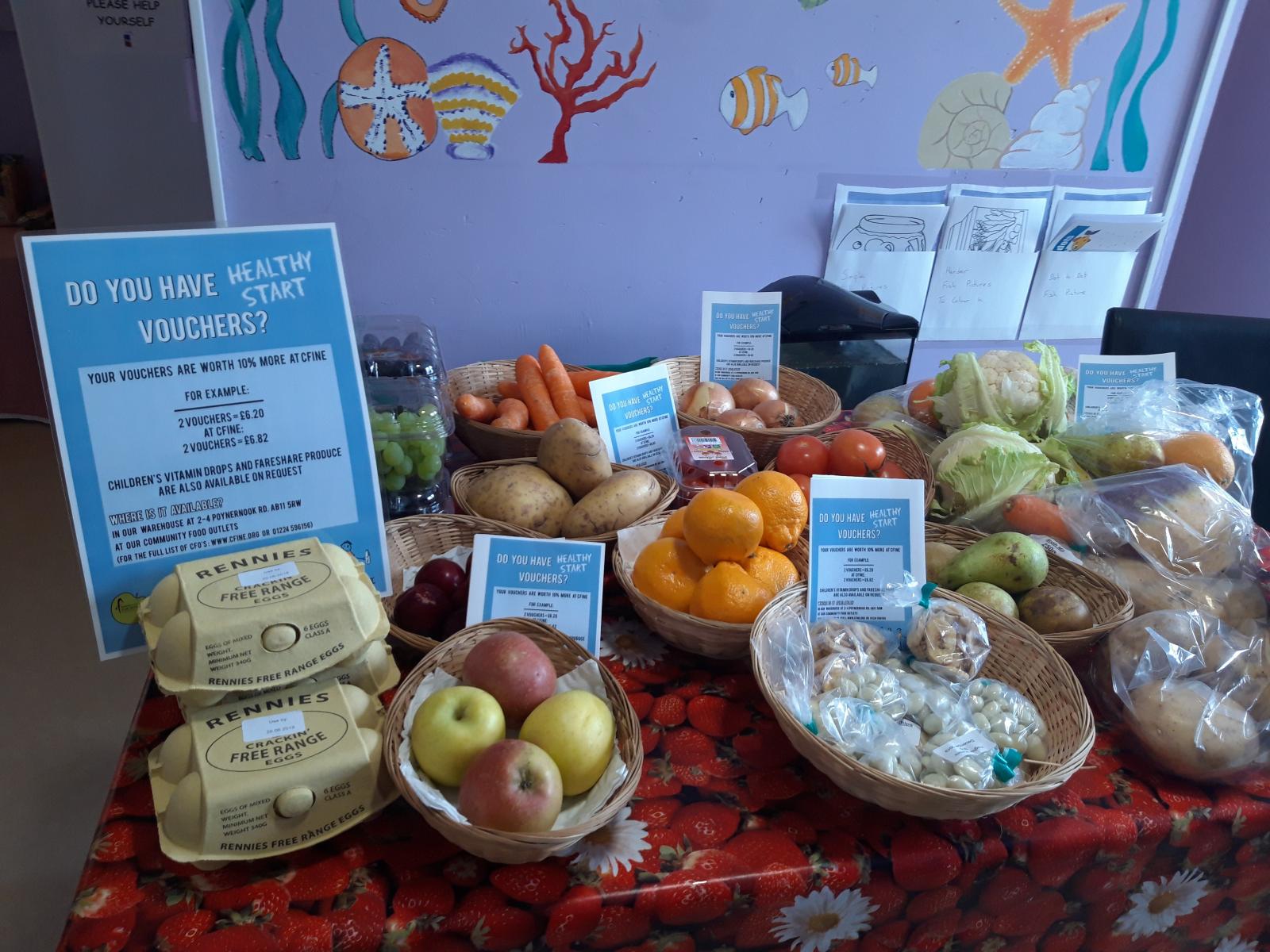 In early 2018 Healthy Start uptake across Grampian, which includes Aberdeenshire, City of Aberdeen and Moray, was around 50 per cent. In the City of Aberdeen uptake was 57 per cent. This compares unfavourably with the Scottish average of 67 per cent. To reverse this low uptake the NHS Grampian Health Improvement team (NHSG HI) decided to scope out the reasons and identify solutions and apply them within the AB24 of the City of Aberdeen before rolling out to the whole of Grampian.

Findings from the scoping exercise revealed a lack of up to date knowledge about the Healthy Start scheme among NHS, Health and Social Care Partnership, local authority and third sector staff. To overcome this situation, training was developed and cascaded to establishments within the AB24 area where the beneficiaries would attend, for example, CFINE, Homestart, family centres, nurseries, community flats, etc. The team also utilised local radio, social media and local magazines in the targeted area.

Gaining a signatory from a professional was difficult for some expectant mums and families. The form must currently be signed in order for it to be processed by the Healthy Start Issuing Unit. With the new Best Start Foods Scheme replacing Healthy Start in Scotland this will not be an issue, however, until it is launched there is still the need for a signatory. The team negotiated with GP practices in AB24 to host blank forms at reception and to accept completed forms to be signed by a health professional in the practice. The practices also agreed to send off the forms to save the beneficiary having to come back to pick up the signed form.

Beneficiaries were unsure about which shops accepted the vouchers. Prior to starting the work in AB24 all shops in that area were contacted to find out if they accepted the vouchers and whether they would place a sticker at the front door area to reassure beneficiaries that the shop accepts vouchers. Almost all shops in the AB24 area accept the voucher but not all place stickers on windows or doors, particularly those that are part of a chain.

Most of the issues identified where possible to remedy through local action. Nevertheless, when beneficiaries made repeated attempts to apply for Healthy Start unsuccessfully, the NHSG HI was limited in terms of how much they could be involved directly with a beneficiary’s financial situation. There were occasions where even after the help of midwifery or health visiting teams to fill in the form completely and correctly, families still did not receive vouchers or correspondence explaining why they were refused. This generated distrust in the system. Families were also concerned about vouchers stopping when a person’s financial situation changed or when they were transferred to Universal Credits.

As part of Veg Cities Aberdeen, Community Food Initiatives in the North East (CFINE) is contributing to this work by accepting and promoting Healthy Start vouchers in their community food outlets including their Woodside Pantry located in the Woodside Community Centre in the AB24 area of Aberdeen. Beneficiaries can also opt into free plant-centred cookery courses and recipes. The Pantry is a new project launched in 12 February 2019 and results of a partnership between CFINE with Fersands and Fountain Community Project, FareShare UK and funded by the Scottish Government. The Pantry provides food for its members at a token price, allowing those on a low income to pick the produce themselves in a shop-like environment. The items in the Pantry are ‘weighted’ by value, making sure that all members equally receive meat or fish, fruit and vegetables and ambient food every week. The membership fee is £3 per annum, with the addition of £2.50 per shopping. Every member can shop once a week.

CFINE agreed that Healthy Start beneficiaries would receive 10 per cent extra for the value of their vouchers and would also be able to use the vouchers for eggs as well as the usual fruit and vegetables. CFINE also started to stock the Healthy Start vitamins.

As a result of all this work, the amount of beneficiaries applying and receiving the vouchers increased in most areas of AB24. For example in the AB24 4 area, uptake increased from 52 per cent to 76 per cent. However, when the NHSG HI team moved to a different area of Aberdeen the figures decreased again. This demonstrates the importance of continued presence and support to beneficiaries.

The NHSG HI team recognises Healthy Start is still not fully embedded in the AB24 area and that there is more work to be done. The team will continue the work in AB24 and expand to the AB11 area where uptake is also poor. This approach will help when Best Start Foods are launched so that uptake is good from the outset.