Three new Community Food Hubs are running in Luton, set up by Groundwork Luton & Bedfordshire as part of the Luton Veg Cities campaign and Luton Food Poverty Alliance. Local residents come together for weekly community sessions where they get involved in growing food, cooking and eating. 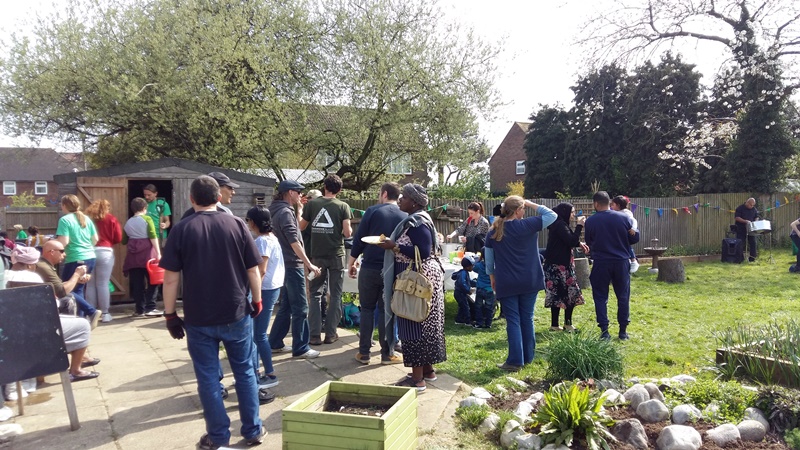 Community charity Groundwork Luton & Bedfordshire (part of Groundwork East) developed the concept of Community Food Hubs which are promoting a ‘Fork to Fork’ model. Communities get involved in growing, cooking and eating together, leading to higher consumption of fresh fruit and vegetables, particularly amongst communities at risk of or experiencing food poverty.